The mission, which launched on Saturday 5 May from California, is aiming to map the planet's interior for the first time. The lander, the size of a small table, will be dropped on to Elysium Planitia, a broad featureless plain on the Martian equator, from where it will deploy various instruments. A heat flow probe will be buried 5m into the ground to measure how fast heat rises from the planet's interior, and a seismometer will record tremors from geological faults and shock waves created by meteors. The Rise (Rotation and Interior Structure Experiment) will use radio equipment to track its precise position on the surface of Mars and reveal how much the planet 'wobbles' as it orbits the sun, which will hopefully help to determine the size of Mars' core and whether it is solid or liquid. 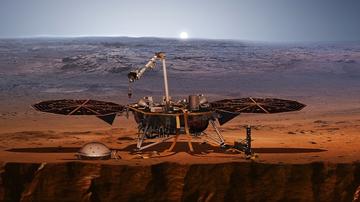 Over the two-year mission, it is hoped that up to 100 marsquakes or magnitude 3.5 of higher can be recorded, and the instruments are so sensitive they should even be able to register the minuscule uplift of the ground caused by the gravitational pull of Mars' moon, Phobos. The InSight (Interior Exploration Using Seismic Investigations, Geodesy and Heat Transport) mission will hopefully help scientists to understand how Mars was formed.

Dr Bowles is part of the UK team working on the InSight Mission, specifically the SEIS-SP (Short Period Seismometer) experiment, with colleagues from Oxford Physics. The UK contribution is led by the Principal Investigator Professor Tom Pike at Imperial College, and the seismometer experiment itself is led by Professor Philip Lognonné at IPGP in Paris and the French Space Agency CNES.  The mission is led by Dr Bruce Banerdt at NASA’s Jet Propulsion Laboratory and the UK contribution was funded by the UK Space Agency.

Talking to the Oxford Mail, Dr Bowles said: "The InSight seismometer is one of the most sensitive spaceflight instruments we've worked on in Oxford. Ensuring that a traditionally delicate scientific instrument is capable of surviving a launch on a rocket, cruise through interplanetary space and then landing on Mars has proved to be one of the most challenging missions we have worked on - and the physics department has over 40 years' experience with sending things into space." 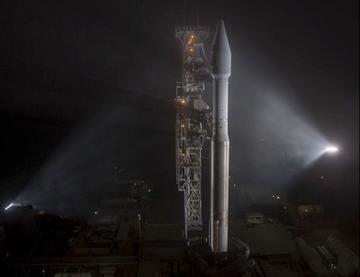 The InSight rocket just before blast-off

You can watch footage of the launch here, and track the Mission's progress via Twitter: @NasaInSight

Science team member Prof Tom Pike of Imperial has started an InSight Diary which you can read here.