St Cross Fellow Anthony Geffen has produced a film to mark the 65th anniversary of Her Majesty The Queen's Coronation with his company Atlantic Productions.

As part of the film, The Queen shares memories of her own ceremony as well as that of her father, King George VI. The project was 22 years in the making, and is particularly special as The Queen does not traditionally give interviews - instead the film shows her in conversation with presenter Alastair Bruce.

Viewing both official footage and private films of the day, The Queen recalls how she felt during such an extraordinary occasion, at just 27 years of age. In the film, The Queen says: "I've seen one Coronation, and been the recipient in the other, which is pretty remarkable".

The documentary also shows the Queen touching her coronation crown for the first time in 65 years. 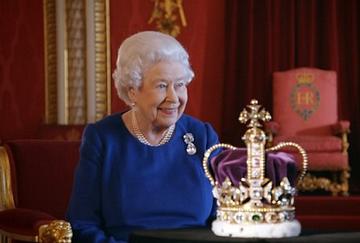 Of the film, Anthony Geffen said:

The Coronation of Queen Elizabeth II was an international and momentous event, which took 16 months of preparation and was watched by millions across the globe for the first time in history. Our project marks another first - Her Majesty The Queen's own recollections of the time. We are honoured to be able to create this lasting historical document and hugely appreciative of the collaboration with The Royal Household and our broadcast partners.

The film is available to watch for UK residents until 13 February on BBC IPlayer.