Carole Souter announced as Chair of Independent Commission of Inquiry 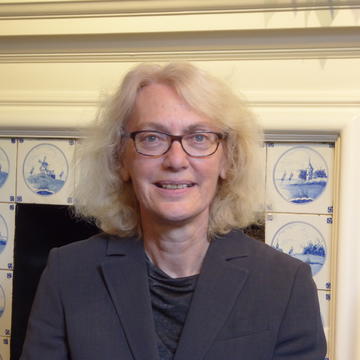 The Governing Body of Oriel College has voted to launch an independent Commission of Inquiry into the key issues surrounding the Rhodes statue. The Commission will be Chaired by our Master, Carole Souter who in turn will approach a number of individuals drawn from the worlds of academia, education policy, law, politics and journalism to join her.  The committee is intending to draw upon the greatest possible breadth and depth of experience, opinion and background.

The Governing Body of Oriel College also expressed their wish to remove the statue of Cecil Rhodes and the King Edward Street Plaque. This is what they intend to convey to the Independent Commission of Inquiry.

Both of these decisions were reached after a thoughtful period of debate and reflection, and with the full awareness of the impact these decisions are likely to have in Britain and around the world.

The Commission will deal with the issue of the Rhodes legacy and how to improve access and attendance of BAME undergraduate, graduate students and faculty, together with a review of how Oriel’s 21st Century commitment to diversity can sit more easily with its past. The Inquiry will invite submissions from a broad range of stakeholders from Oxford itself and the country as a whole; the students, representatives of Rhodes Must Fall and Oxford City council, as well as alumni of Oxford and Oriel and citizens of the city. Written and oral evidence will be requested. It is intended that some oral evidence sessions will be held in public, with similar rules of engagement to that of a parliamentary select committee.

Ms Souter has insisted on a thorough process - but conducted at pace - and set to report to the Governing Body by the end of the year. For any enquiries about the Commission of Inquiry, please contact oriel.college@oriel.ox.ac.uk.