BBC Two documentary explores the impact of the Oxford-AstraZeneca vaccine

BBC Two documentary explores the impact of the Oxford-AstraZeneca vaccine 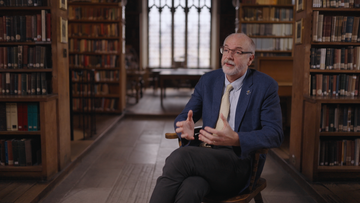 On Tuesday 8 February 2022, BBC Two aired a new documentary, entitled 'AstraZeneca: A Vaccine for the World?', which explores the development and distribution of the Oxford-AstraZeneca COVID-19 vaccine.

BBC medical editor Fergus Walsh interviewed members of the academic team behind the vaccine, including St Cross Fellow Professor Sir Andy Pollard, Chief Investigator of the trial, and his colleagues Professor Dame Sarah Gilbert, Regius Professor of Medicine Sir John Bell from the University of Oxford, and Professor Adrian Hill, Director of the Jenner Institute. He also talked to decision-makers and journalists on the impact of the Oxford-AstraZeneca vaccine.

Professor Pollard explained that the ambition of the scientists in Oxford was to create a vaccine for the whole world.

Our ambition, if the vaccine worked, was to make sure that it could be widely distributed around the world to have the greatest impact on people’s lives. So, in other words, a vaccine for the whole world.

In his documentary, however, Fergus Walsh examines whether politics and national interests got in the way of the greater ambition behind the Oxford-AstraZeneva Covid jab. Intended and designed specifically to be distributed to lower-income countries and sold at cost for the duration of the pandemic, the vaccine faced challenges in Europe, the US and beyond.

By the time you got through the first half of 2021, enough doses have been manufactured that could have prevented almost all of the deaths in the second half of 2021 - if those doses had been targeted at older adults, those with health conditions and healthcare workers all over the world.

From a global public health point of view, it’s easy. We’ve done it wrong. But how do you make politicians comfortable with actually the moral imperative that there should be in a pandemic? 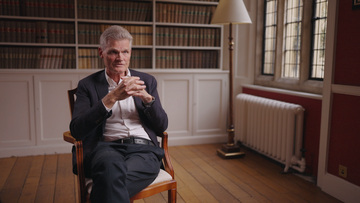 Some of the interviews were conducted at the College, and our keen eye has spotted the van Heyningen Room in the background, as well as College’s arches and the Pusey House library.

The College was delighted to welcome the BBC filming crew and play a small role in the making of this documentary.

You can watch the 'AstraZeneca: A Vaccine for the World?' on the BBC iPlayer here.