Alexander Post, one of the College’s five varsity athletes, was awarded Man of the Match at Twickenham. 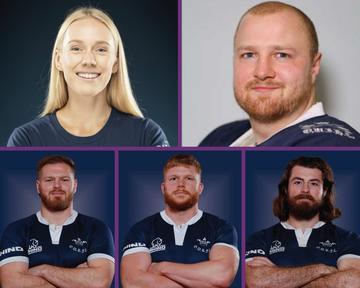 St Cross athletes made an exceptionally strong standing in Varsity competitions this spring. During The Varsity Match on 2 April, Oxford’s rugby team beat Cambridge 21 to 17, at Twickenham. Representing the College were Euan Friend, Mungo Mason and Alexander Post - with Alexander also named Man of the Match.

The following day, Julia Lindsay rowed in the Dark Blue during The Boat Race on the historic Tideway in London. Although Oxford broke its previous course record, they couldn’t catch Cambridge who finished with a lead of 2.25 lengths.

And last month, Nils Lager represented the College on the Men’s Varsity Ice Hockey team when they played against Cambridge. It too was a close match, with Cambridge taking it 4-2 after a late minute goal.

"St Cross students are really showing their sporting prowess as well as their academic ability at the moment,” said the College's Master, Carole Souter.

“There were no illusions that [Oxford’s Rugby] forward pack was particularly strong compared to Cambridge’s,” said Mungo Mason, whose parents had travelled from Australia and watched from the stands. “In the second half we lost wind a little bit, but Cambridge did a very good job of coming back.”

Around 11,000 attendees watched the match at Twickenham, the home of English Rugby. Alexander’s family was also in attendance, while Euan Friend even had family on the pitch - his identical twin brother also plays on the team.

A recording of the match can be watched on The Varsity Match website.

“The Boat Race is a dream for many rowers, almost a ‘bucket-list’ race,” said Julia Lindsay prior to the competition, who sat 4 seat in the Dark Blue Boat. “I couldn’t come to Oxford and not do it!” This was Julia’s second year competing in The Boat Race, and her first on the Tideway. The race was back in London after two years due to the Covid-19 pandemic restrictions.

It was a tough race, with the Light Blues cutting across Oxford early and maintaining the lead.

“76 years of advancing women’s sports,” wrote the Oxford University Women’s Boat Club on Instagram, “the work doesn’t end here, and we’re not going anywhere. There will always be more to come.”

Oxford's Men's Ice Hockey team has had a better than average year. Although Nils and his teammates lost in the Varsity match, they beat Cambridge when the two met again at Nationals in mid-April. Oxford advanced to the semis where they lost in a shoot out against St Andrews.

"It feels special getting to represent Oxford University in games," said Nils, who played elite level hockey in Sweden and the US. "It also feels special to get to play simply for the joy of it along with your mates."

“I got a few messages [of congratulations] from people in my faculty and course,” said Alexander. “And about twice as many from people at College.”

“I didn’t know what to expect when I came here,” said Mungo, “but the College has more a family type feel. I’m really proud to represent St Cross.”

Beyond sporting and academic finesse, the College’s rugby lads also made an important social stance. Prior to the match, Oxford’s Men’s team pledged to donate their brains to the Concussion Legacy Project for research on Chronic Traumatic Encephalopathy (CTE) and other consequences of brain trauma in contact sport.

More information about the Concussion Legacy Foundation can be found at their website.

Following their win at Twickenham, Alexander, Euan and Mungo attended the Oxford Cambridge Club in London where former Blue’s players handed them their blazers and blues to honour their varsity success. The night was a conclusion to daily training regimens leading up to the match, as well as academic deadlines, for some, right up to the day before.

“It was very unique and unlike anything I experienced before,” said Mungo.

Congratulations again to all five of our varsity athletes for making the College proud! 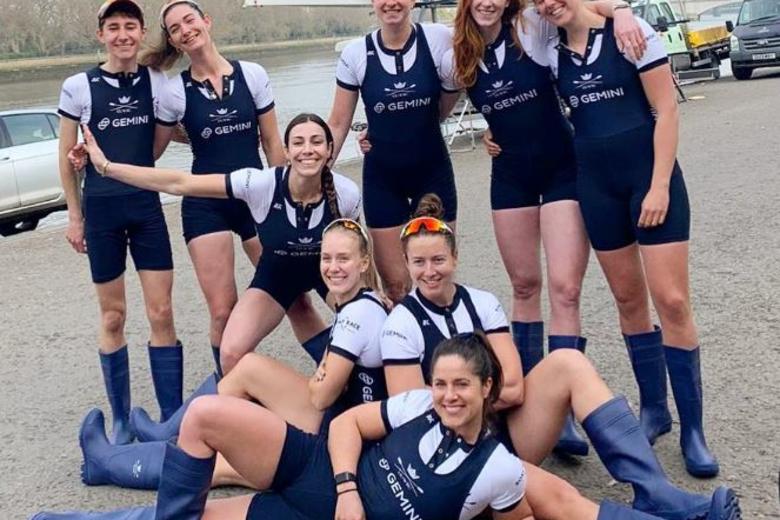 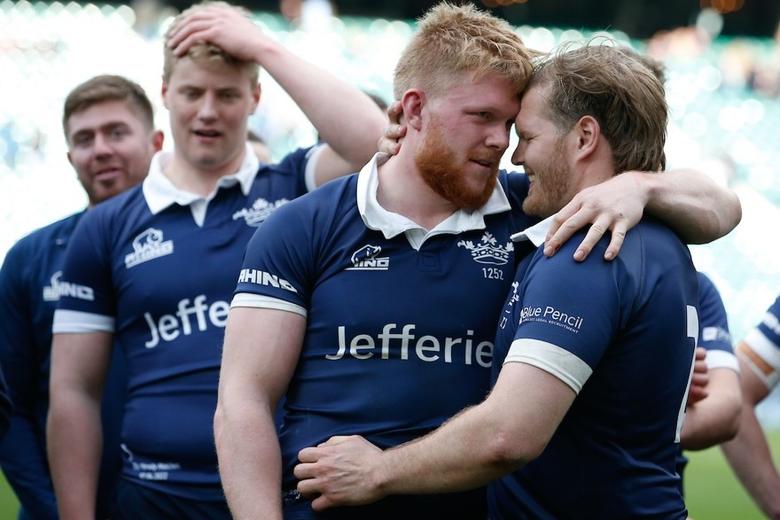 Euan Friend and Alexander Post, on the right, congratulate one another during the Varsity Match against Cambridge. Photo credit: Matthew Impey 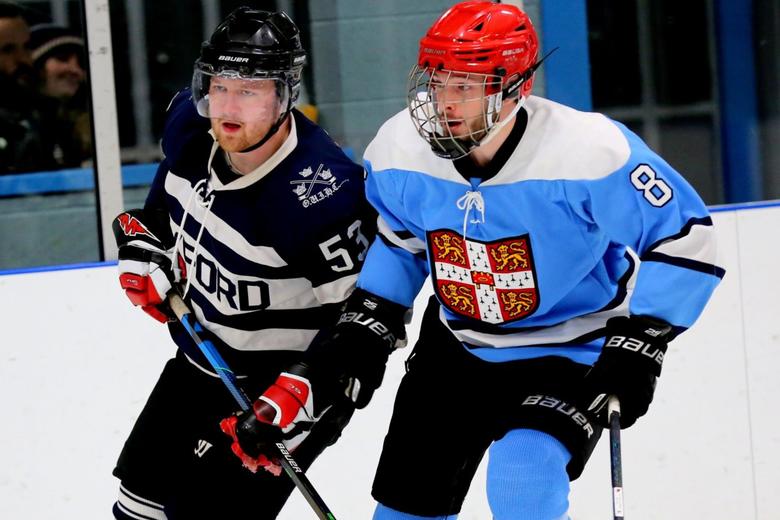 Nils Lager, on the left, played against Cambridge in the Varsity Match in March and again during Nationals in April. 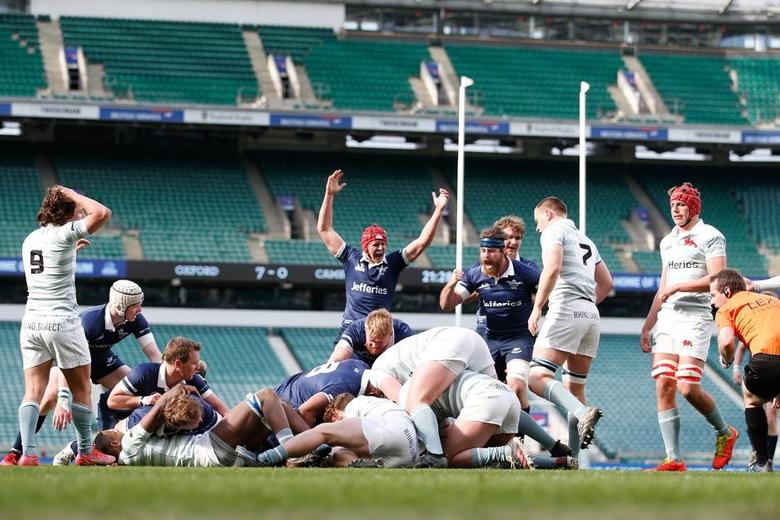 Mungo Mason, middle right, during a scrum at the Varsity Matches in early April. 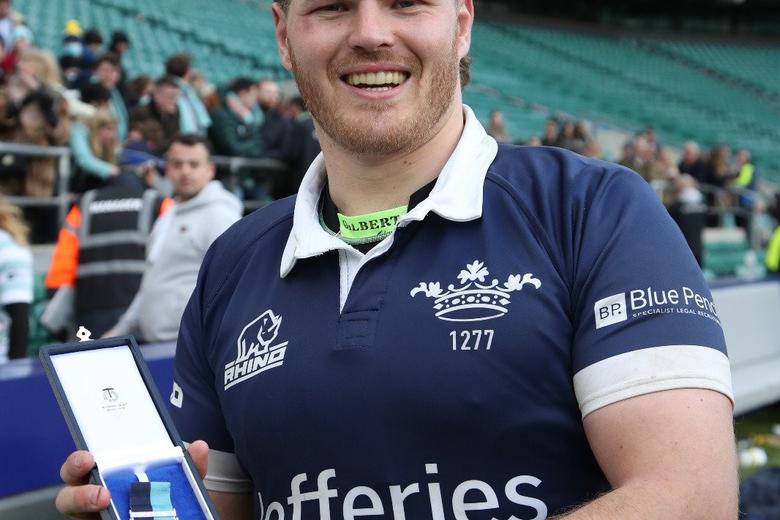 Alexander Post was named Man of the Match after winning against Cambridge in the Varsity Match in early April. Photo credit: Matthew Impey