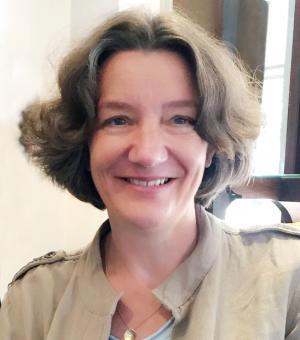 St Cross alumna Professor Karen O’Brien (DPhil English, 1986) has been appointed Vice-Chancellor and Warden at Durham University as it approaches its 200th anniversary.

She succeeds Professor Stuart Corbridge and will be the first woman to hold the post.

For the last five years, Professor O’Brien has been Head of the Humanities Division and a professor in the Faculty of English at the University of Oxford. As a member of the University Council, she has been jointly responsible for the financial oversight, research strategy and equalities and access priorities of the University.

During the first phase of the Covid-19 pandemic, she successfully managed the University’s preparations for operating safely during the current academic year.

Prior to joining Oxford, Professor O’Brien was Vice-Principal for Education at King’s College London. She has held a number of national and international leadership roles, including serving on the international jury of the Institut Universitaire de France and as chair of the Russell Group Pro-Vice-Chancellors for Teaching and Learning.

A Fellow of the Royal Society of Arts and Honorary Fellow of Peterhouse, University of Cambridge, she has published widely on the literature and intellectual history of the Enlightenment.

“I am honoured and thrilled to be joining Durham University, which is distinguished for the excellence and impact of its research, the quality of its education and its Colleges and Wider Student Experience.

Our congratulations to Professor O'Brien on her outstanding achievement.