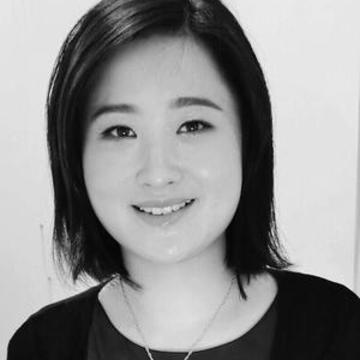 Music historiography, post/colonial studies and epistemic ethics; music and global history in but not limited to the context of modern China and East Asia; archival musicology, including intersections between history and the archive.

Yvonne rejoined the Faculty in 2017, having read Music as an undergraduate at Christ Church (1999–2002) and graduated First Class. She worked at Naxos and Universal Music Hong Kong before returning in 2012 to research, completing in 2016 a PhD in Musicology at King’s College London on music and municipality in Shanghai of the 1930s and 1940s, and for which archival sources in Chinese, English, French and German were examined. In addition to her funded position at the Faculty as a Leverhulme Early Career Fellow, she is also an Early Career Fellow at TORCH, and a Non-Stipendiary Postdoctoral Associate in the Humanities at St Cross College.

Yvonne is a music historian, whose latest research is concerned with musical institutions and post/colonial historical knowledge in two ‘global ports’—Shanghai and Hong Kong. This project has the working title ‘Epistemic Deliberations: Musical Institutions in China’s Global Ports, c.1900–2017’.

In AY 2018–19 Yvonne will teach at the Faculty an MSt Elective she has titled ‘Music and Global History’. Her teaching elsewhere has ranged from ‘Issues and Topics in Western Music and Music History from the Middle Ages to c.1780’, ‘Jazz on Film’ to ‘Arts in Context and Music Advocacy’. Currently she is supervising an undergraduate dissertation on national anthems, empire and decolonisation. In 2015 she co-organised a conference on music, the British empire and politics of the archive which was jointly funded by KCL and the Royal Musical Association. In 2016 she co-organised the LAHP Study Day ‘(Re)Configuring Sound and Space: Creative Practices and Critical Perspectives’. She has presented at annual meetings of the American Musicological Society, Royal Musical Association and the Society for Ethnomusicology, as well as in Asia, at the International Musicological Society 20th Quinquennial Congress in Tokyo, The Chinese University of Hong Kong, The University of Hong Kong and at The Hong Kong Baptist University, where in AY 2014–15 she was a Scholar-in-Residence at the David C. Lam Institute for East-West Studies. Upcoming talks include a Keynote Address at the Royal Musical Association 2019 Research Students Conference.

A keen advocate of Musicology as an intersectional practice in the Humanities, and of the Humanities as a globally conscious, civic cause, Yvonne has teamed up with three historians, an anthropologist and a fellow musicologist at Oxford, and co-founded the interdisciplinary funded network at TORCH, ‘Colonial Ports and Global History’ (CPAGH). Further details, including the network launch in Michaelmas 2018 at the Grade II listed St Luke’s Chapel, are available here: http://torch.ox.ac.uk/cpagh