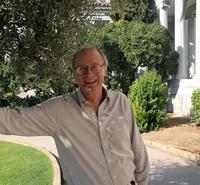 Peter joined the College as a fellow in 1981. He was Professor of Modern Greek until his early retirement in 2003. His research has covered various aspects of Greek language, literature and cultural history since AD 1100, but he specialises in the period since 1750. His current interests include the history of the Greek language, Greek language ideologies, and the history of Greek cultural nationalism. He has published several books on Greek language and literature, including two co-authored grammars, which were first published in English but have also appeared in Greek translation. His most recent books are a collection of essays in Greek on the poetry of Solomos, Cavafy and Seferis entitled Ekmageia tis poiisis (Athens 2008), and Language and National Identity in Greece 1766-1976 (OUP, 2009; Greek translation published in Athens in 2013). He has also published more than 100 scholarly articles. He has recently published translations of stories by the 19th century authors Vizyenos and Papadiamandis and The History of Western Philosophy in 100 Haiku by the contemporary poet Haris Vlavianos. Peter is an editor of the journal Byzantine and Modern Greek Studies and a member of the editorial board of the Greek journal Kondyloforos. He publishes book reviews in the Greek magazine The Athens Review of Booksand elsewhere. He was awarded an honorary doctorate by the University of Athens in 2008.