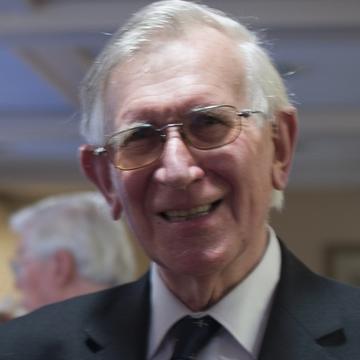 I came to Oxford in 1956 as an undergraduate at University College to read Physics, staying on to do a DPhil in the then Department of Meteorology under John Houghton, now Sir John Houghton who later became Director General of the Meteorological Office.  After a brief period as a post-doc, I became a Lecturer in Physics and remained in the department until my retirement in 2004.  In 1970 I was elected to a Fellowship at St Cross under the Mastership of Kits Van Heyningen in the days of the wooden hut next to St Cross church.  As a member of the Governing Body, I was involved in the election of our second Master, Godfrey Stafford, who masterminded the move of the College to its present site.  The College was involved in computing from the start and I was, for six years, the first Director of Computing at St Cross.