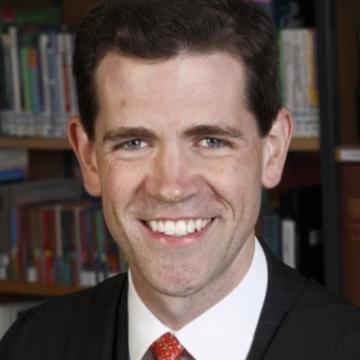 Christian Sahner is a historian of the Middle East. He is principally interested in the transition from Late Antiquity to the Islamic Middle Ages, relations between Muslims and Christians, and the history of Syria and Iran.

He is the author of two books: Among the Ruins: Syria Past and Present (Hurst - Oxford, 2014), a blend of history, memoir, and reportage from his time in the Levant before and after the Syrian Civil War; and Christian Martyrs under Islam: Religious Violence and the Making of the Muslim World (Princeton, 2018, forthcoming) a study of how the medieval Middle East slowly transformed from a majority-Christian region to a majority-Muslim one and the role that violence played in the process. An earlier version of this research was awarded the Malcolm H. Kerr Prize for Best Dissertation in the Humanities from the Middle East Studies Association.

Born in New York City, he earned an A.B. from Princeton, an M.Phil from Oxford as a Rhodes Scholar, and a Ph.D. also from Princeton. Prior to joining the Oriental Institute, he was a research fellow of St John’s College, University of Cambridge. He writes about the history, art, and culture of the Middle East for The Wall Street Journal, among other publications.

Rise of Islam in Iran and Central Asia; Middle Persian sources from the Abbasid period; comparative Islamization, especially of Zoroastrians and Christians

Among the Ruins: Syria Past and Present (Hurst - Oxford University Press, 2014)

‘Swimming Against the Current: Muslim Conversion to Christianity in the Early Islamic Period.’ Journal of the American Oriental Society 136 (2016), 265-84

‘Islamic Legends about the Birth of Monasticism: A Case Study on the Late Antique Milieu of the   Qurʾān and Tafsīr.’ The Late Antique World of Early Islam: Muslims among Christians and Jews in the East Mediterranean. Robert Hoyland, ed. Princeton: Darwin Press, 2015, 393-435